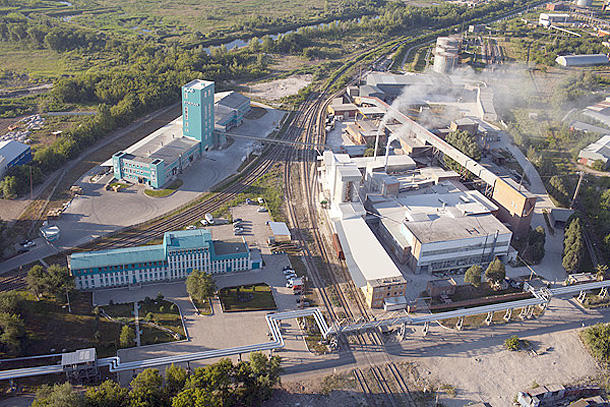 Samara Gypsum Plant CJSC is one of the largest plants in Russian gypsum industry.

We highly appreciate our clients and try to ensure the highest quality level of production and service. The main specialization of our plant is production of high-strength (α-gypsum) and building (β-gypsum) gypsum, tongue-and-groove gypsum boards as well as dry building mixes and unique products for making interior elements.

Products of SGP CJSC are used in 14 sectorial markets including construction, oil and coal production, decorative finish, medicine, agriculture, jewelry, production of dry building mixes, sanitary-engineering items etc. Geography of the company's sales includes the whole territory of Russia as well as the CIS countries such as Republic of Belarus, Baltics and Kazakhstan.

The history of productions:

1944 year - launch of the factory on building gypsum production.

1962 year - the plant became the leader of industry in USSR after having reached the maximum output rate within the decade – 93,9 thousand tons per year.

2008 year - the plant obtained the license for field development in Kinelsky district, geological and chemical studies of reservoirs were organized.

2008 year - plant on production of dry building mixes (trade mark FORMAN) was launched. It is fitted with the equipment of German company "M-TEC", which is one of the world’s leaders in the field of manufacturing technological lines for DBM production. Production line enables to produce the whole range of dry building mixes based on gypsum, cement and polymer. According to the estimates of industry experts, FORMAN was among 15 leading producers of dry building mixes in Russia in 2014.

2013 year - a new plant on production of tongue-and-groove gypsum boards of European standards was open. Production line is fitted with the modern German equipment of Grenzebach GmbH. As of January 2015, the plant was among the five largest producers of gypsum boards in Russia.

The leader of industry:

For more than 50 years , SGP has been the leader in Russia in terms of production of high-strength gypsum and, as of January 2015, its market share was 67% .

What makes it possible for the company to maintain leadership in modern economic conditions?

Having your own career

ensures the stability of production and supply in any season.

guarantees the highest quality of high-strength gypsum and products based on it.

ensure the development of new formulations in accordance with current market requirements and create products for specific tasks of various industries.

allows you to set the optimal ratio of "price-quality" and high customer orientation allows you to make the dialogue between the supplier and the consumer pleasant and profitable.

guarantees fast processing of applications and ensures prompt delivery of products to their destination.